In September 2011 Victoria published A CHiP on my Shoulder — How to Love Your Cop with Attitude, a how-to book that incorporated her experience of being married to a police officer. The idea for the book came from a late night call in 2006 that her husband received that a fellow officer had committed suicide. The CHP had lost six officers in line of duty deaths within a few months. Behind these headlines was a growing number of departmental suicides.

Victoria, upset about the latest news cried out in exasperation, “What are we DOING!?” It was a question of what is the CHP doing, but it became a personal quest. She began researching, and learned that more often than not, a significant relational breakdown contributes to the suicide. She wrote the book, knowing that at that time, books and resources for police spouses were virtually non-existent.

What resulted was letters from spouses from all over the United States and Canada. It resonated. It brought relief. It brought community. And soon Victoria was flying around the country speaking and listening and loving on wives across the nation.
Within a few years, Victoria wrote a second book, A Marriage in Progress—Tactical Support for Law Enforcement Relationships. It was the first and only marriage book for peace officers (at the time of this writing), and has received great reviews. This opened up even more doors to speak, conduct seminars and workshops, and work alongside departments.

In the meantime, Victoria was mentoring cop wives and couples with her husband. She put together small groups to go through material and promote community. She was trained as a law enforcement chaplain, and a peer support member through CHP. And she helped implement a marriage conference for Wounded Officers and their spouses in Montana, called the VOWS Retreat. She also spent a year and a half working on a military book that gave her a deeper look into the emotional toll of war. With a family member suffering from PTSD, extended interviews with men and women from the battlefront, and interacting with wounded officers and their spouses, her empathy and advocacy for those who suffer PTSD (and other related conditions) increased and intensified.

With the societal change against police on a grand scale that began in 2014, Victoria’s work got more complicated, dark, and desperate. More letters. More marriages in trouble. More emotional issues that plague officers and their families. Suicides were not only claiming officers, but spouses.

By the end of 2016, Victoria was exhausted and discouraged professionally and personally. She considered either shutting down or bringing on more people. The latter was the decision. The new year (2017) brought two women she’d been working alongside who were interested in joining the new venture. The VOWS Retreat needed a new organizational home, so Victoria joined together with Heidi Paulson (spouse of Ladd Paulson, medically retired officer from Billings PD) and Frances Siria to transform How2LoveYourCop to a charitable organization. Soon after, Elizabeth Brown (wife of Deputy Scott Brown of Sacramento Sheriff Department) joined as Secretary, and Cory Howard came on as Treasurer. Together these five made up the first Board of Directors. After a year of hard work establishing the nonprofit correctly, they received tax exemption in August 2018. In 2019, Liz was reassigned as Community Liaison to better invest her skills, and we brought on Stephanie Thompson (wife of Officer Bill Thompson of California Highway Patrol) as Secretary. In Spring of 2019, the Board of Directors experienced a reshuffling due to the demands of a growing organization. Janine D'Agostini (wife of El Dorado County Sheriff John D'Agostini) came on as Vice President of Active Duty, Lorie Osborne (wife of Sergeant Chris Osborne of Rocklin Police Department) joined as Treasurer, and Richard Manies (brother of a retired California Highway Patrol officer) joined as Interim Treasurer/Tax Advisor/Marketing Research. In addition, our event volunteers include over 75 spouses, officers, therapists, adult children, and moms of officers. 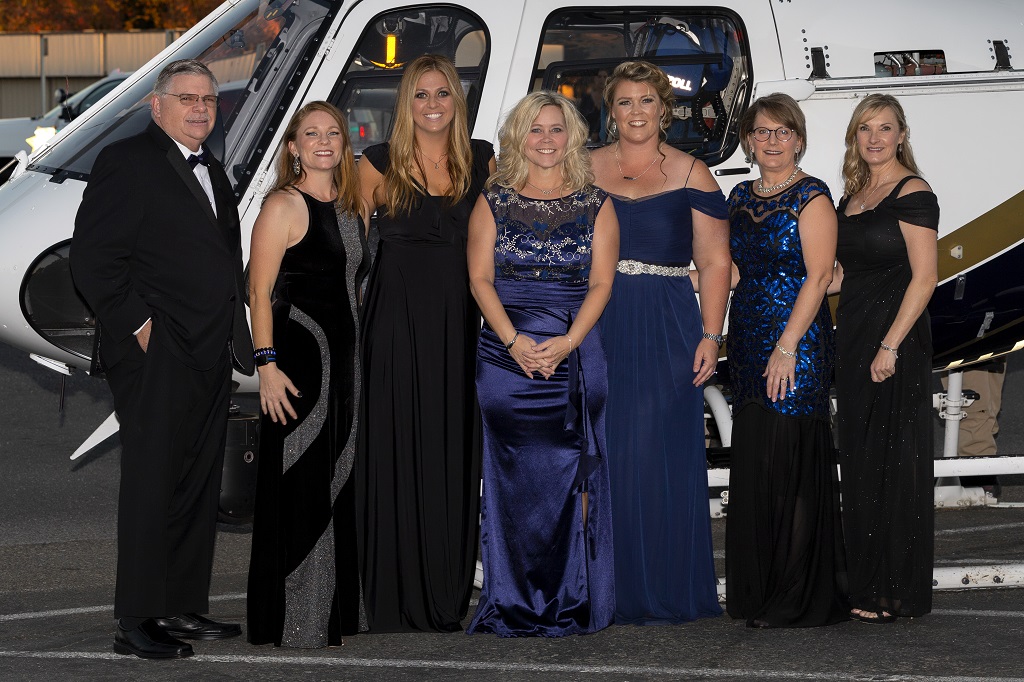 As we grow, this list will continue to expand through partnerships with like-minded organizations, creations of new resources such as books and visual arts, conferences and retreats, and programs. We have a very long list of projects in the near (and far) future that we are anxious to implement.